As part of the week, Y5 and Y6 also took part in a virtual tour of the Palace of Westminster where they also had the opportunity to ask questions and Y3/Y4 took part in a UK Parlimanet online workshop.

On Friday 20th November 2020, the votes were counted and Vision was declared the UK Parliament Week 2020 winners! Well done Vision party! The school councillor for Y6 Jet class was awarded with a UK Parliament T-shirt.

We were all really impressed with children throughout the celebration and hope they certainly learnt something about the democratic process along the way.

Well done to everyone that took part. 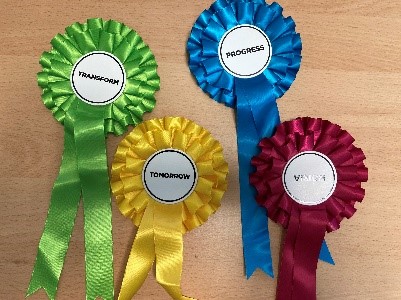 The party leaders wore their party rosettes for the week leading up to the election. 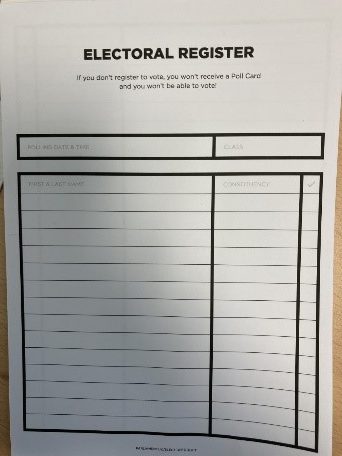 The children enjoyed experiencing the entire voting process: from registering to vote on the electoral register to swapping a polling card for a ballot paper. 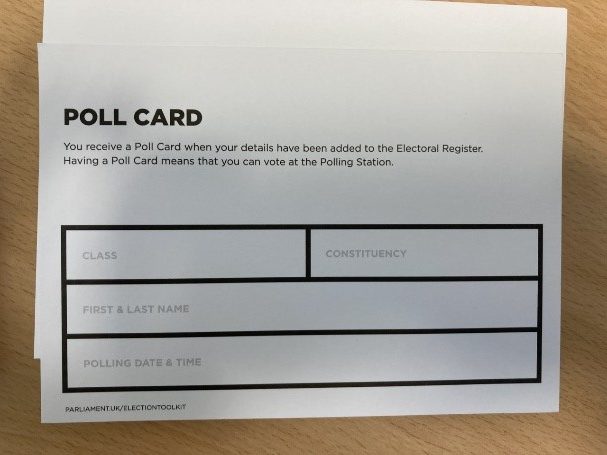 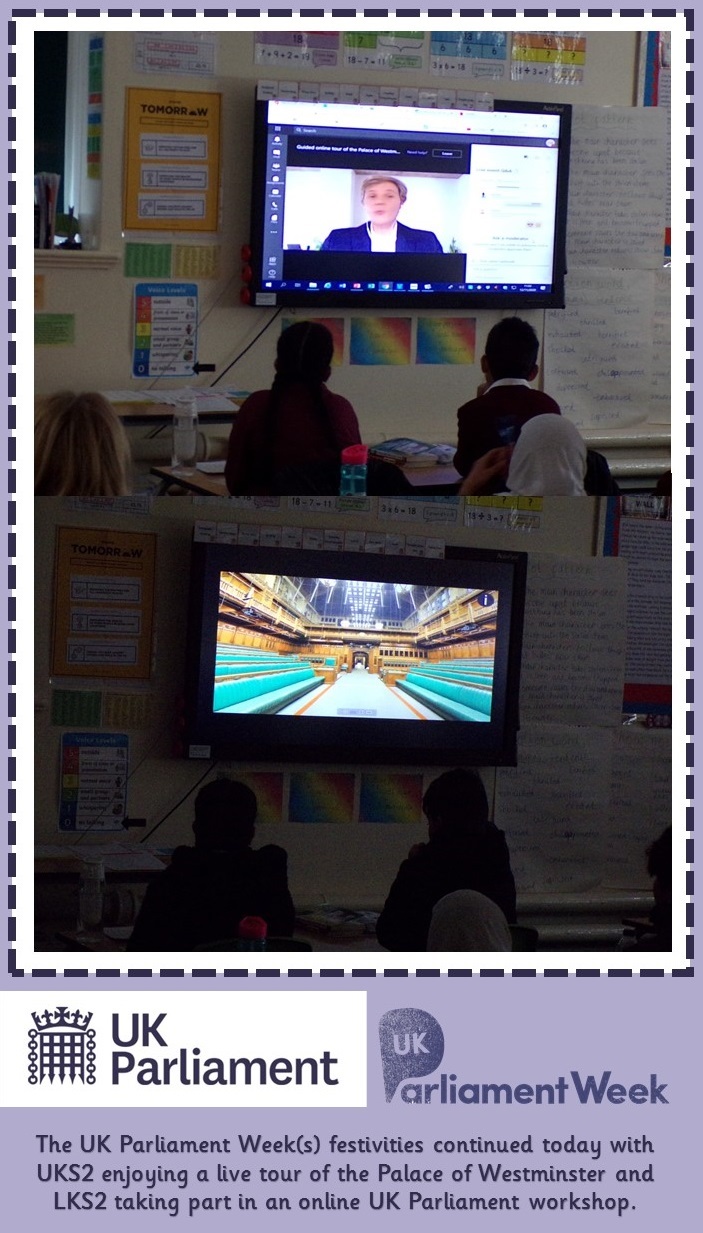 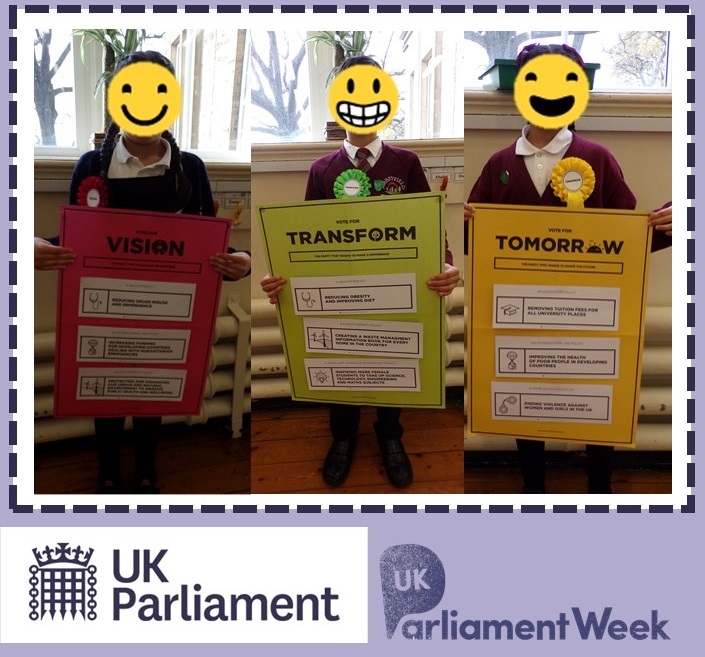 Each party voted on their three priority policies and shared these as part of a special online assembly: 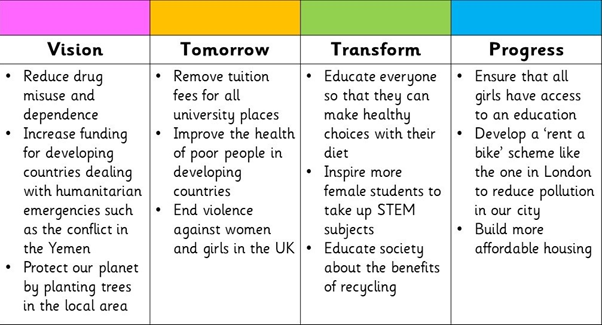